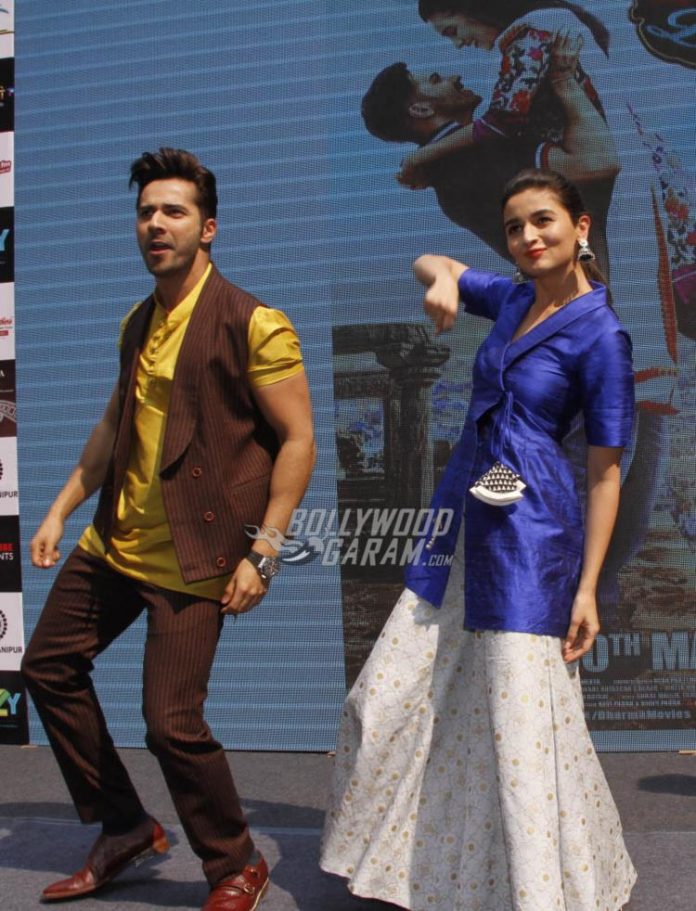 We’ve seen them on the big screen as a couple, and love them off screen as the best of friends. And now our hopes to have Alia Bhatt and Varun Dhawan together again might just come true! According to legitimate rumours, both actors have been roped in for the upcoming film, Shiddat. Filmmaker Abhishek Varman is creating the romantic drama that is yet in its finalization stage.

Shiddat will star another male lead, and casting is on, though either Arjun Kapoor or Aditya Roy Kapur may be cast soon. That is however, yet to be confirmed.

Alia Bhatt and Varun Dhawan both made their big screen debut in Karan Johar’s Student Of The Year alongside Siddharth Malhotra. The film became a huge commercial success and launched both the stars’ careers in Indian cinema. They went on to star in a number of hits, being cast again for Humpty Sharma Ki Dulhania and the sequel, Badrinath Ki Dulhania. The latter won audiences and joined the prestigious 100-crore club of Bollywood. The sequel to Student… Student Of The Year 2 is still in its initial production stage. Rumours were rife that Sara Ali Khan will be making her debut in the film, but that speculation has been put to rest with her being cast for Kedarnath.

Currently, Varun Dhawan is working hard for David Dhawan’s long-awaited Judwaa 2. The original film from the ’90s had starred Salman Khan, and Sallubhai will be making a cameo appearance in the reboot. The film also stars Jacqueline Fernandez and Taapsee Pannu, and shooting was just wrapped up in London last month.

Ali Bhatt has taken her well-deserved sabbatical from films to concentrate on her personal hobbies. She will be appearing in two more films this year – Dragon with Ranbir Kapoor and Gully Boy with Ranveer Singh. The 24-year-old actress is already proving to be a strong acting force and one of Bollywood’s favorite leading ladies of our generation.

Shiddat will go on floors by the second half of 2018.