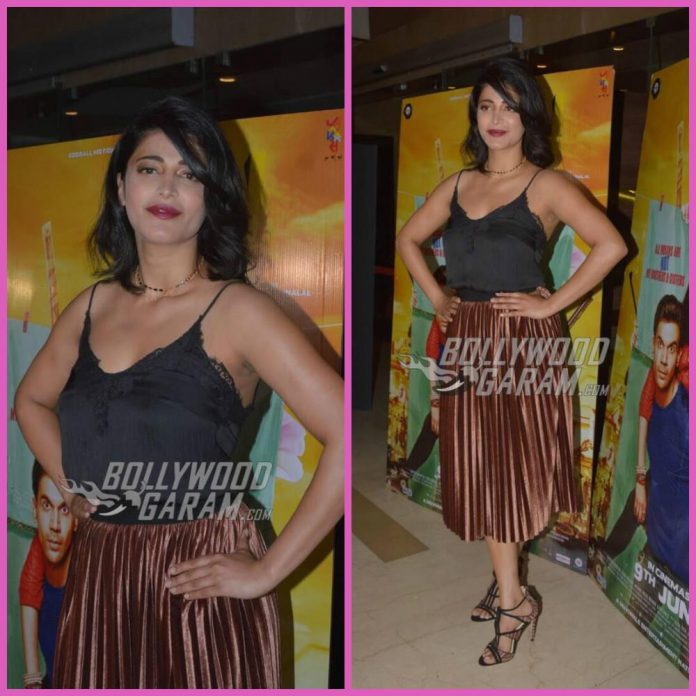 Shruti Haasan is once again ready with another Bollywood project, Behen Hogi Teri. The actress was snapped at the premiere of her upcoming film Behen Hogi Teri in Mumbai on June 7, 2017. Shruti, who made her Bollywood debut with the film Luck, will be seen with actor Rajkummar Rao in the upcoming romantic comedy film.

The Ramayya Vasthavayya actress has been more active in Tamil and Telugu movies. Behen Hogi Teri also features Gautam Gulati, Gulshan Grover, Ranjeet, Kamlesh Gill and Darshan Jariwala and will be released in theatres on June 9, 2017.

Shruti Haasan, for the premiere event, looked pretty in a black top and a copper skirt. The actress is currently filming for the upcoming film Sabaash Naidu which is directed by her father, Kamal Haasan. Shruti was last seen in the film Rocky Handsome which also starred John Abraham and Nathalia Kaur. The actress had played the role of John’s wife.