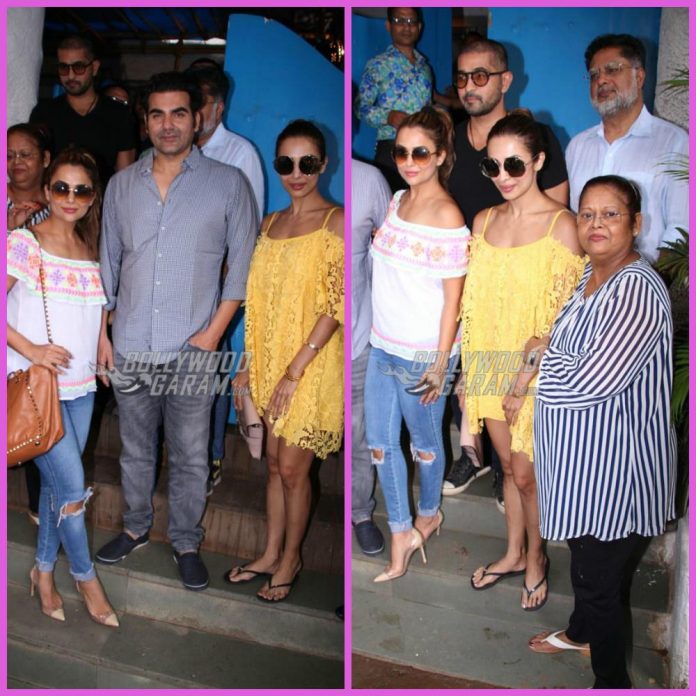 Former couple Arbaaz Khan and Malaika Arora might have separated, but they still share a great rapport with each other. The actors was snapped on a Sunday brunch at a popular restaurant in Mumbai on June 11, 2017. Their son Arhaan, Malaika’ parents and her sister Amrita were spotted with them at the restaurant.

The actor-turned-producer appeared in a trendy bright yellow outfit while sister Amrita was seen in a white off-shoulder top paired with ripped denims. Arbaaz was seen in a simple printed shirt and a pair of denims. Malaika and Arbaaz have always remained cordial even after their official separation.