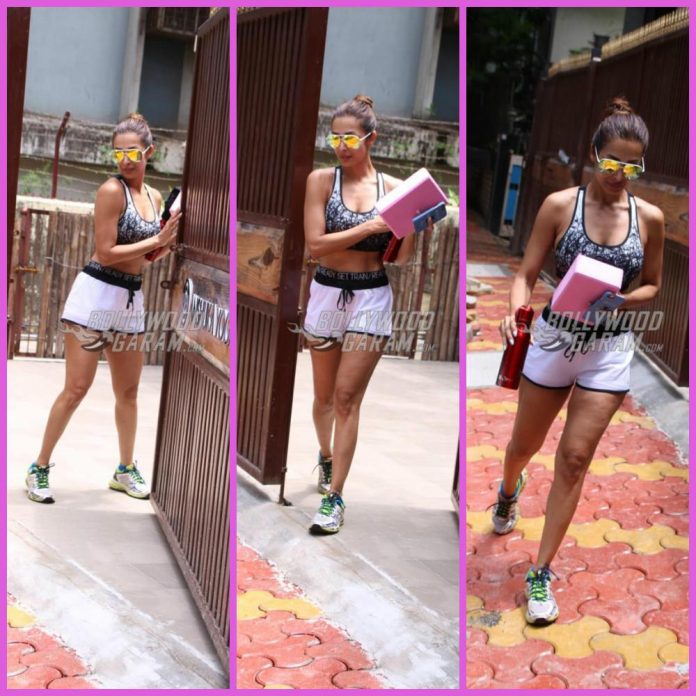 Actress, model and former TV presenter Malaika Arora has always been a fitness freak. Arora, is a mother of a teenager son Arhaan but has maintained her body and has one of the fittest figures in the biz. The actress was snapped as she came out of her Yoga session in Mumbai on June 9, 2017.

Malaika looked smoking hot in white shorts and printed sportswear as she came out of a tiring yoga session. The Dil Se actress has a few partners like Sara Ali Khan and Kareena Kapoor Khan, who often join her for a workout session.

Apart from being an actress and a dancer, Malaika has also donned the hat of a producer for the movies like Dabangg, Dabangg 2 and Dolly Ki Doli. The actress has also appeared as a judge on the shows like Nach Baliye, Perfect Bride, Zara Nachke Dikha, Jhalak Dikhhla Jaa, India’s Got Talent and more. Malaika and former husband recently got officially divorced but have maintained a cordial relationship with each other.