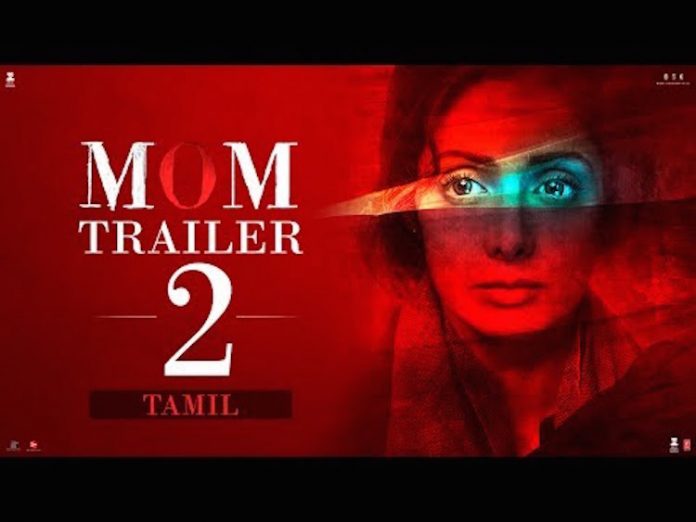 Veteran actress Sridevi is undoubtedly one of the most experienced and one of the most realistic actors in the industry. The makers recently revealed MOM trailer 2 which features the Chaalbaaz actress and the talented Nawazuddin Siddiqui.

Sridevi can be seen with those intense eyes while she fights for her teenage daughter Arya. The second trailer has also maintained why the tragedy has struck. The most catchy moment in the trailer is the dialogue exchange between Nawazuddin and Sridevi. The intense background score by the Academy award winner A.R.Rahman has made it even more interesting.

The trailer has also shown a small appearance by Akshaye Khanna but Nawazuddin managed to make the impact. Sridevi will be seen fighting for her daughter, who refuses to call her ‘mom’ and calls her Ma’am. Though the mother is not bothered about her daughter’s stubbornness but is ready to fight with everyone who comes on the way of her child’s happiness. MOM is directed by Ravi Udyawar and will be releasing in theatres on July 7, 2017.

Sridevi was last seen in the film English Vinglish which earned her appreciation from the audience and critics and is also reportedly roped in for Mr. India 2, which is the sequel to the blockbuster film Mr. India.