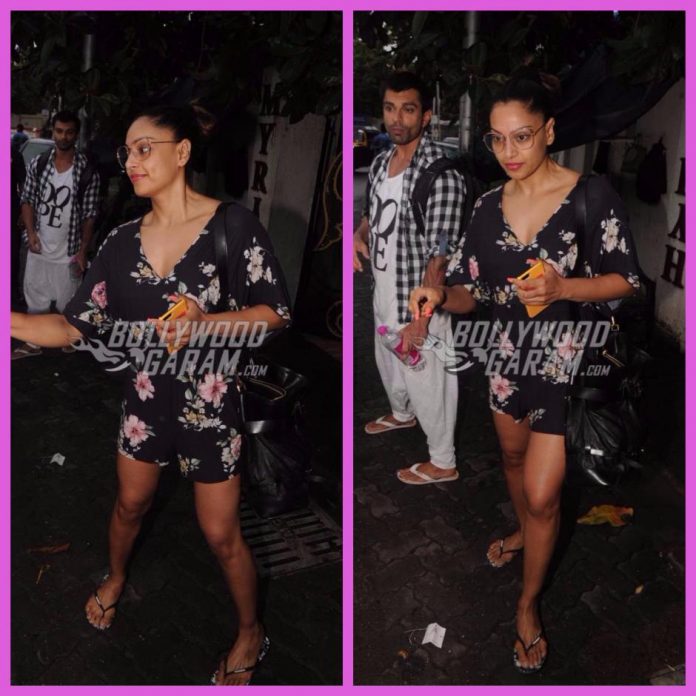 Bipasha Basu and Karan Singh Grover are one of the few couples from Bollywood who are often snapped in Mumbai together. The two were once again snapped on a casual outing in Mumbai on June 27, 2017. Karan looked tired as he was seen in casuals, while Bipasha looked pretty in a printed blue playsuit and completed her looks with retro spectacles.

Her longest relationship was with John, whom she dated for about 10 years but broke up in 2011. In February 2014, the actress had confessed that she was in a relationship with Baweja but the same year, the two broke up. Her wedding ceremony with Karan was a grand affair and was attended by the Who’s Who of Bollywood including her former boyfriend, Dino Morea.