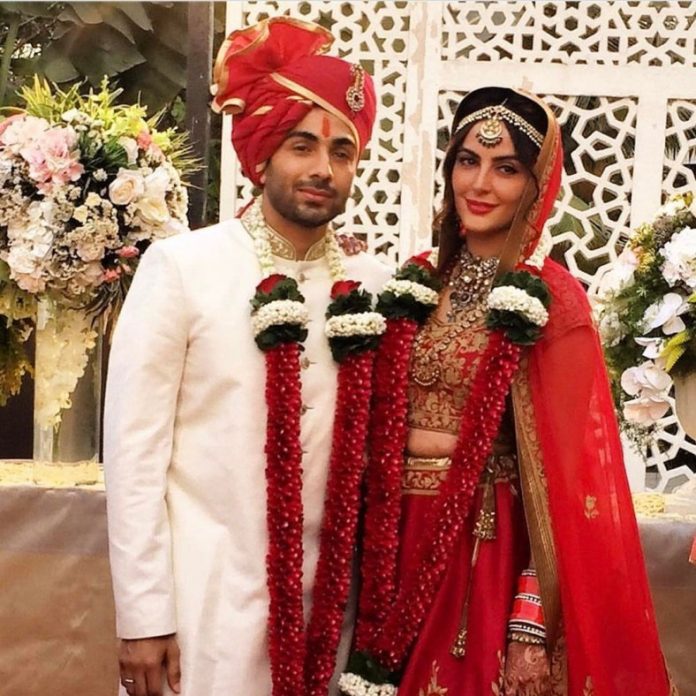 Iranian model and former Bigg Boss contestant Mandana Karimi filed a case of domestic violence against her husband Gaurav Gupta on July 3, 2017. Mandana and Gaurav got married in court on January 26, 2017 after dating for two years. The couple later had a traditional wedding as per Hindu rituals on March 5, 2017. The guest list included Shahid Kapoor and Mira Rajput.

The actress has also alleged that her in-laws threw her out of her matrimonial house seven weeks ago. Mandana added, “Gaurav has cut me off”. The actress in her petition has demanded Rs. 10 lakh as monthly maintenance and a compensation of Rs. 2 crores for the trauma, agony and loss of business caused by their actions. The Kyaa Kool Hain Hum 3 actress claimed that her in-laws and her husband prevented her from working in films after marriage as they thought that the profession was not compatible with the family’s status in society.

Mandana has also alleged that Gaurav and his parents forced her to change her religion post marriage. The actress was born in a conservative Muslim family and was brought up in Tehran, Iran.

The actress further revealed that she has made several attempts to reconcile with her in-laws but all went in vain. On the other hand, Gaurav Gupta has not publicly responded to any allegations made by his wife.

During her Bigg Boss stint, Mandana Karimi was infamous for getting into petty fights with other contestants and made it as a finalist on the reality show. Mandana has also starred in various TV commercials opposite Shah Rukh Khan, Kareena Kapoor and Ranbir Kapoor. She even appeared in a cameo role in Roy (2015) and has worked in other films including, Main Aur Charles, Bhaag Johnny and an Indo-Sino film Xuanzang. The actress was introduced to showbiz when she started getting acting offers on her frequent visits to family members in India.