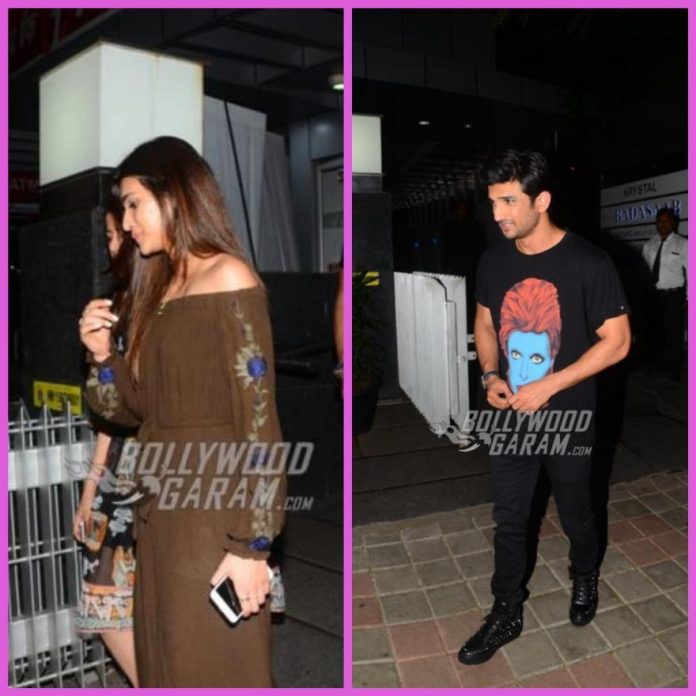 Sushant Singh Rajput and Kriti Sanon were snapped on a late night dinner date at Hakkasaan, Mumbai on June 3, 2017. The two last appeared together in Raabta and are rumored to have been dating each other for more than a year now! Reportedly, they met on sets of Raabta and fell in love while shooting. Though the film did mild business at the box office, we are hopeful that they’re next one will be a hit.

On the work front, Sushant Singh Rajput has several films lined up which include, Chanda Mama Door Ke, Drive, Takadum and Romeo Akbar Walter. Most of these films are slated to release in 2018. Apart from these, he has also been roped in to star opposite Sara Ali Khan in Abhishek Kapoor’s Kedarnath.