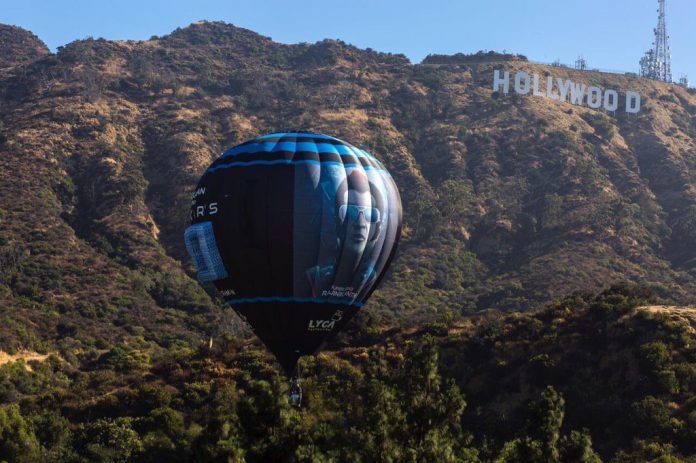 Rajinikanth and Akshay Kumar starrer 2.0 is scheduled to release on January 25, 2018. Though the release date is six months away, makers have already started promoting it. A huge symbolic hot air balloon was launched as a part of 2.0 promotions from the Hollywood sign in California on June 29, 2017. The massive hot air balloon has been emblazoned with life-sized images of key characters of Chitti and evil Dr. Richard, played by Rajinikanth and Akshay Kumar respectively.

Reports say that the hot air balloon has been made out of 1,500 yards of fabric and is due to float over London, Dubai, other south-east Asian countries and Australia before making its stop in India. However, the launch event was not attended by any celebrities or lead actors. Reportedly, lead actor Rajinikanth was somewhere in the USA for medical treatment around the same time the hot air ballon was launched, but he too, unfortunately could not make it to the event.

4 Reasons why 2.0 will beat all BO records of Baahubali 2

2.0 is one of the much awaited films of 2018 and has been produced at a whopping cost of Rs. 450 crores. The launch event was attended by producer Raju Mahalingam, who is also the head of Lyca Productions. The music for the film has been composed by Academy award winner A.R. Rahman and will be launched at a grand event in Dubai in October 2017.

2.0 will be a sequel to Enthiran / Robot which released in 2010. The earlier film had Rajinikanth and Aishwarya Rai Bachchan in lead roles. While 2.0 stars Amy Jackson, Sudhanshu Pandey, Adil Hussain and Riyaz Khan alongside Rajinikanth and Akshay Kumar.

Everything you need to know about Akshay Kumar’s character in 2.0