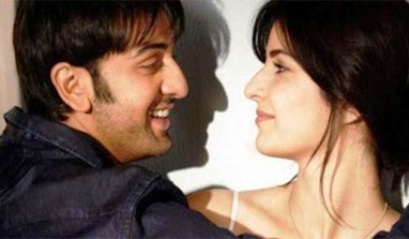 The persistent rumors that Bollywood stars Ranbir Kapoor and Katrina Kaif might be dating have been clarified now. The famous duo was recently spotted holidaying in Ibiza and the two were seen getting cozy with each other. Ranbir and Katrina were seen getting intimate at the David Guetta concert at the Mediterranean island, which is popular for its resorts, tourist spots, electronic music and eateries.

Katrina and Ranbir were seen casually dressed and the actor was spotted putting his arms around Kaif’s waist, which clearly indicated that the friendship between the couple might have taken a new turn. The picture of the two was shared by a fan, who has put an end to the constant rumors that there might be a crack in the relationship between Ranbir and Katrina.

There have been rumors that the couple was planning to spend their holiday in Spain, but the two smartly slipped out of Mumbai last week and no one came to know about their secret getaway. The ‘Yeh Jawani Hai Deewani’ director Ayan Mukherjee was also spotted with them in Ibiza.

The couple can indeed give a slip to the paparazzi, but cannot escape from their loyal fans. Earlier, there were rumors about their relationship after they were shooting ‘Ajab Prem Ki Gajab Kahaani’ together.