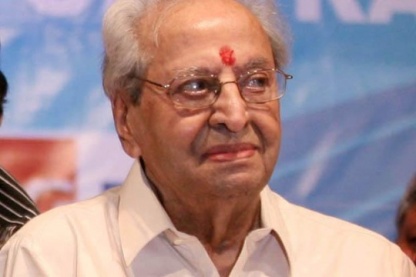 Bollywood’s favorite villain, legendary actor Pran Krishnan Sikand passed away on July 12, 2013 at Lilavati Hospital in Mumbai. The 93-year-old star was admitted to the hospital in June 2013 and he passed away after a prolonged illness.

While talking to the news agency, his daughter Pinky said that he was not keeping well, was very weak and his health was constantly deteriorating. Pran received the Dadasaheb Phalke Award in May 2013, but as he was unable to travel to Delhi due to poor health, he was given the award at his home, one day after the ceremony.

In the past, Pran starred in movies like ‘Amar Akbar Anthony’ and ‘Zanjeer’. The actor began his career as a hero in Punjabi movies and made a tremendous impact on Bollywood as a villain. Pran also became the first actor to break the stereotype by playing character roles. The actor was credited with making the role of the villain as important as the hero’s.

Pran was also known for his sophistication and style on screen. The actor made his last public appearance at Amitabh Bachchan’s 70th birthday party in October 2012.