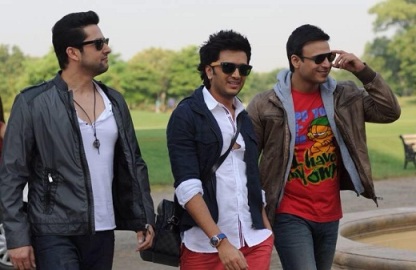 The star cast of the first movie Masti – including Riteish Deshmukh, Aftab Shivdasani and Vivek Oberoi – are soon going to make a comeback with the sequel, which has been titled Grand Masti. The makers of the new movie have released the first trailer of the flick, which is going to be funnier and much bigger than the previous movie.

The only difference is that this time the movie will not be suited for the general audience and will be strictly for adults, due to its adult comedy nature. The latest trailer also has a warning that this movie is not for everyone to watch. However, Oberoi confirms that the movie will be another laugh riot for the audience.

Vivek had earlier tweeted, “The countdown begins! ‘Grand Masti’ releases September 6! Get ready for a riot because the ‘masti’ boys are back”. The movie is all set to be released on September 13, 2013. The first flick was directed by Indra Kumar and the same team has been working on the sequel.

However, the female cast is going to be different this time, with Maryam Zakaria, Bruna Abdullah, Kainaat Arora, Manjari Phadnis, Karishma Tanna and Sonali Kulkarni. The previous movie had the female cast including Genelia D’Souza, Tara Sharma and Amrita Rao. Check out the trailer below. 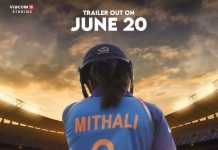