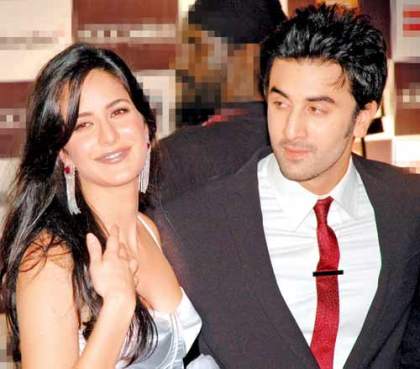 Bollywood stars Ranbir Kapoor and Katrina Kaif are not in the mood to hide their relationship anymore. The duo – who were initially avoiding each other’s company in public – now do not mind being noticed together. Ranbir and Kat were recently spotted together at the premiere of the movie ‘Lootera’ and did not avoid the paparazzi.

Ranbir was sitting in the co-driver’s seat, while Katrina was sitting right behind him and the two did not hide their faces, but Ranbir was seen waving to the cameras instead. Kat and Ranbir have been dating a long time, but have always maintained that they are just co-stars and nothing else. Recently, one fan caught them holidaying in Dubai and Spain and the photos of the two stars showing affection towards each other went viral.

Kaif recently celebrated her birthday and Ranbir picked her up from her residence, after which they dined together at a five-star hotel. The ‘Barfi’ actor gifted his ladylove with a pair of expensive earrings. Later, the two attended the special screening of ‘The Ship of Theseus’, which was organized by Kiran Rao.

Earlier, Ranbir and Katrina were careful about their public appearances and used to arrive separately and also avoided being photographed together.