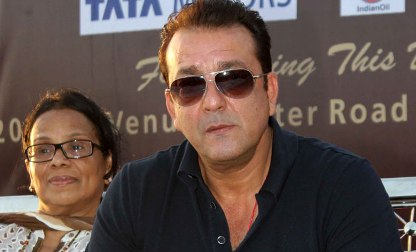 Troubled Bollywood star Sanjay Dutt has exhausted his last legal option in the 1993 Bombay blasts case. On Tuesday, July 23, 2013, the Supreme Court dismissed his curative petition that sought a review of the court’s verdict. The court had sentenced the actor to five years in jail back in March 2013.

The petition submitted by Sanjay was dismissed and the court said that no case has been made out for it to review its decision of convicting the star. The counsel of the actor filed for a curative petition, after the dismissal of the review petition and decision was made in the chamber of judges and not in the open court.

The ‘Munna Bhai’ actor was convicted in the 1993 Mumbai blasts case for illegal possession of weapons and surrendered before a special court in Mumbai on May 16, 2013. Dutt is currently lodged at the Yerawada Jail in Pune.

In March 2013, the Supreme Court upheld his conviction in the case, but reduced the trial court sentence from six years to five years. Sanjay now has to serve 42 months in jail, as he has already served 18 months 20 years ago, part of it at the Yerawada prison.