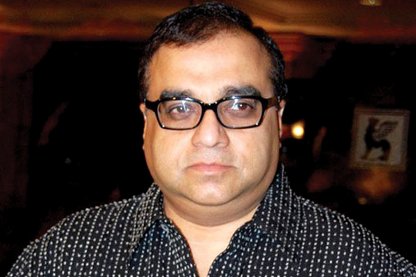 Filmmaker Firoz Nadiadwala might be in trouble as an FIR has been lodged against him for allegedly threatening filmmaker Rajkumar Santoshi over a financial matter. The police said that Nadiadwala had gone to Santoshi’s residence in the Juhu area in Mumbai and had threatened his servant after he could not find the producer.

Senior police inspector, Arun Bhagat, at Juhu police station said, “The two have been working on a project and Nadiadwala has claimed to have given crores of rupees to Santoshi. In a bid to recover that amount, Nadiadwala has been allegedly threatening Santoshi for sometime now”.

After filing the FIR, Nadiadwala has been booked under the sections 452 of Indian penal Code which accounts for house trespass alter preparation for hurt assault or wrongful restraint and 506 Part II which accounts for criminal intimidation.

Sources from the police said that Nadiadwala had threatened Santoshi over the phone several times. Earlier Santoshi reportedly did not take the matter seriously with an intention to clear the misunderstanding, but later felt that the threats were serious and lodged a complaint on July 26, 2013.

Santoshi is preparing the release of his upcoming movie ‘Phata Poster Nikla Hero’ which stars Shahid Kapoor and is scheduled to be released next month.