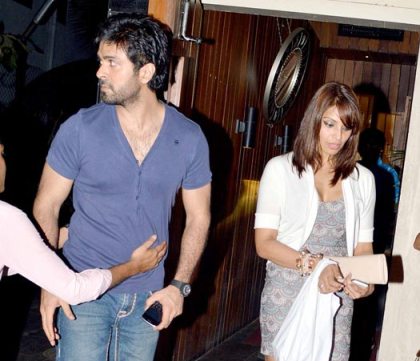 Bollywood is slowly – but surely – generating new couples who are bound to attract attention from both the fans and media. After the latest pairing of Ranbir Kapoor and Katrina Kaif, the next duo to be in the news are Bipasha Basu and Harman Baweja. This couple is not very new, but they have been avoiding the spotlight for quite some time. The couple was recently pictured holidaying in Goa.

Reports claim that the two are madly in love with each other and have finally decided not to hide from the media anymore. Close friends of the actress said that this time Bipasha has realized that she finally found her Mr. Right and is ready to settle down in life.

Pictures which were leaked online showed Bipasha celebrating her birthday with Harman at a posh villa in Goa, where they were seen with their friends in a swimming pool. Earlier, Bipasha was in love with John Abraham with whom she was in a relationship for almost ten years, but the couple parted their ways and moved on.

Later, John fell in love with Priya Runchal and even though they were very open about their relationship, Bipasha was still hesitant to open up about her own relationship with Harman to the public, until now. It is still not clear if their relationship could lead to marriage in the future.