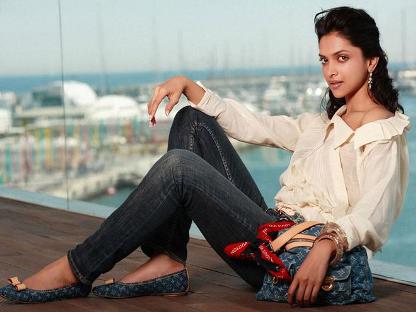 For a long time, the upcoming movie ‘Happy New Year’ did not have the leading lady, but now, the makers of the movie have decided on the female lead as they have roped in Deepika Padukone as their final choice. The new flick will be directed by Farah Khan and is scheduled to go on floors in September 2014.

Bollywood star Shahrukh Khan has already been finalized for the male lead role, but the movie remained without a female lead for quite some time. Meanwhile, several speculations were made about who will be playing the female role in the movie, as there were a few actresses in line for the potential role.

At regular time intervals, there were stories in the media which speculated various actresses in the leading role, but Deepika always remained the first in line. However, the actress stayed silent about the news until the dates of the shoot were worked out with the makers of the movie. Padukone has always shared a special relationship with Shahrukh and Farah Khan. The actress will work with Shahrukh again and it will mark her second movie with the actor after ‘Om Shanti Om’.

The movie ‘Om Shanti Om’ was one of the biggest grossers overseas. There are also chances that the actress might begin shooting for a movie with Ranbir Kapoor and Imtiaz Ali in January 2014.