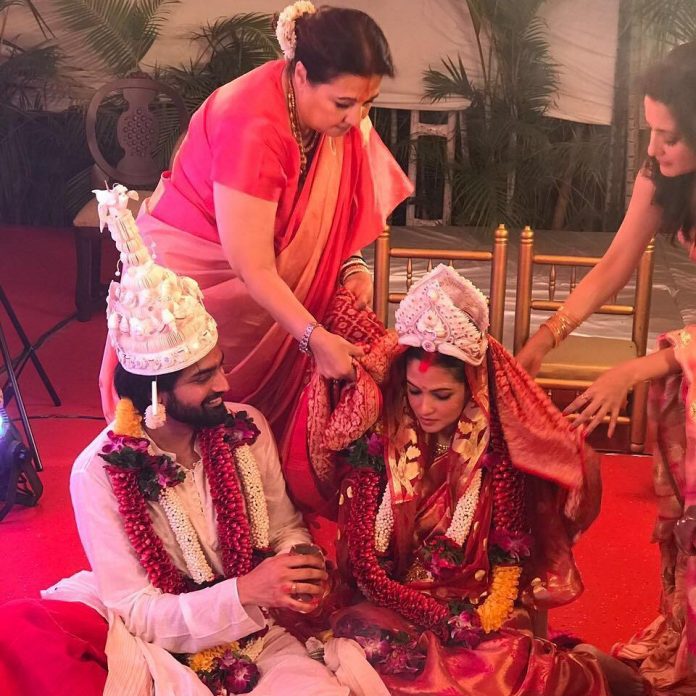 Riya Sen’s sister Raima Sen shared a memorable picture of Riya’s wedding with Shivam Tewari. The two got married on a very private ceremony which was attended by just a few friends and family in Pune on August 16, 2017. Earlier, there were just reports that the actress got married to her beau, but the picture has given a good confirmation.

The picture has Riya dressed as a pretty Bengali bride while Shivam lovingly adores his bride, while mother Moon Moon Sen and sister Raima help Riya with her veil. The Style actress is seen wearing a traditional red sari.

Reports say that Shivam is a biking enthusiast. The sudden wedding plans sparked rumours that Riya might be pregnant. Shivam and Riya have been going on steady since a few years and decided to take their relationship to the next level. Riya’s mother Moon Moon Sen had earlier shared, “Good looks matter the most to Riya. Money is not important for them as they don’t realize its value. But both my girls are high-maintenance, so they need to find boys who are rich if nothing else.”

The actress is currently working for ALT Balaji’s web series Ragini MMS 2.2. Riya has been away from Bollywood for quite some time.