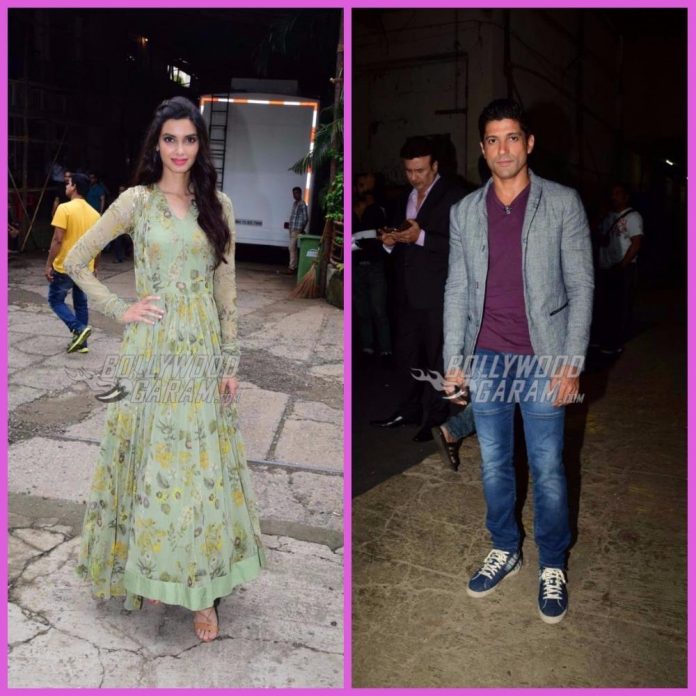 Farhan Akhtar and Diana Penty are on a promotional spree for their upcoming film Lucknow Central. The lead actors promoted their film Lucknow Central on the sets of the comedy show Comedy Dangal. The promotions have begun in full swing and the lead cast will be seen promoting the flick on various platforms.

Comedy Dangal features Bharti Singh and Anu Malik, who were photographed having a great time interacting with the guests. Anita Hassanandani, Surbhi Jyoti, Debina Bonnerjee, Amit Tandon and Monalisa were photographed entertaining the guests with their antics. Going by the pictures, the actors surely had a great time while promoting Lucknow Central. Diana looked pretty in a pastel green outfit while Farhan appeared in a casual t-shirt, denims and a grey jacket.