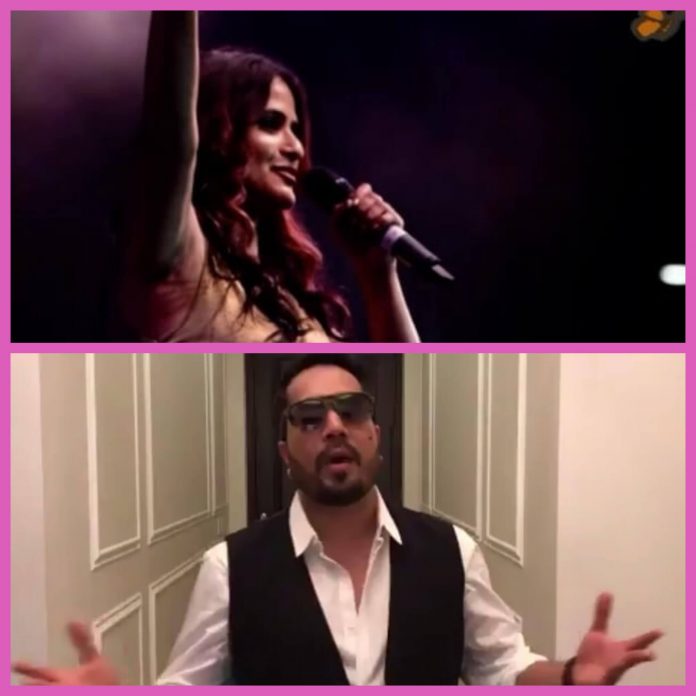 Sona Mohapatra has put it out clearly that Mika Singh needs to re-think his choice of friends and whom he chooses to support on Twitter.

Singer Sona Mohapatra is known to voice her strong opinions on Twitter quite frequently and it is her tweets which more often than not makes news. This time it is her dig at Punjabi musician, Mika Singh when he showed his support towards Dera Sacha Sauda’s chief, Gurmeet Ram Rahim Singh who has been convicted of raping two of his former disciples and has now been sentenced to ten years jail time after his hearing today in the CBI court of Rohtak, Haryana.

Mika had taken to twitter to express his best wishes to the Dera leader for the hearing today saying, “My best wishes to @Gurmeetramrahim bhaaji…I hope the court will make the right decision. The greatest thing is he went on time.”

My best wishes to @Gurmeetramrahim bhaaji .. I hope the court will make the right decision. The greatest thing is he went on time?..

While Sona Mohapatra has mostly opined on socially or morally plaguing issues, this time her opinion came on an issue that has raised national concerns for quite some time now – self-proclaimed godmen committing heinous crimes at the behest of people’s faith in religion and misusing the power that these people have bestowed on them. Gurmeet Ram Rahim Singh Insaan is the latest convicted perpetrator of such crimes but sadly, his conviction in CBI court in Panchkula brought along about 38 deaths when followers of Dera Sacha Sauda’s chief in North India especially in Panchkula created riots and went on a rampage that also injured others and saw a violent clash with the security forces.

As soon as the godman was convicted of his crimes, Twitteratis expressed their opinions and horror at the frenzied chaos that followed, but Mika Singh’s tweet came along with prayers, wishes and support for Ram Rahim. It irked the ‘Ambarsariya’ singer along with many others but her tweet seemed to ring a bell and was a direct dig at the kind of friends Mika Singh likes to keep.

Twitteratis lambasted the Punjabi sensation as well and even went on to say that it is because of celebrities like Mika that a self-styled godman could become so powerful.

How Utterly shameful.coz celebrities like u endorse such fake babas n charlatans these ppl rise above d law of d land?