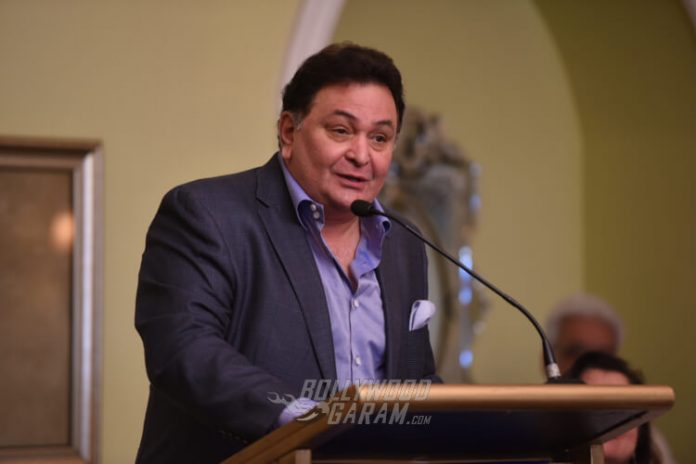 This is not the first time for veteran actor Rishi Kapoor to face major controversy for his comments on his social media account, but this may be the first time that a case has been lodged with the Mumbai cyber police about an image that he posted on Twitter claimed as “pornographic material” by a NGO chief.

Albeit the picture posted by Kapoor is no longer available on his Twitter account, it has already become a buzz on the internet with “more than 66 retweets and 476 likes” by August 27, 2017 as claimed by the NGO Jai Ho Foundation’s President, Afroz Malik.

In his complaint, he states: “We would request you to immediately register an FIR against actor Rishi Kapoor under relevant sections of POCSO (Protection of Children from Sexual Offences) and IT Act for posting indecent, nude and vulgar picture of a minor child on his Twitter account @chintskap.”

Malik further expressed horror and concern at the fact that since Kapoor has over 2.6 million followers on Twitter, the post and the “indecent” image have got circulated to these numerous followers who will repost and share the image further like a wildfire.

The non-profit organization that works for the development of women and children in the state has lodged this complaint at the Cyber police station at Bandra Kurla Complex in Bandra East. There had earlier been reports of Kapoor posting a video where a young boy was seen spanking a girl while enjoying seeing an older boy getting blamed and hit for the same. However, it turned out that there was a post with a naked image of a child that had been removed by the actor within a day.

Kapoor will next be seen with Amitabh Bachchan in Umesh Shukla’s 102 Not Out where the latter will play the role of 75-year-old Kapoor’s father. However, only time will tell if Kapoor will be more cautious about his tweets after this incident or if he will continue with his slandering comments and contemptuous humour on Twitter.