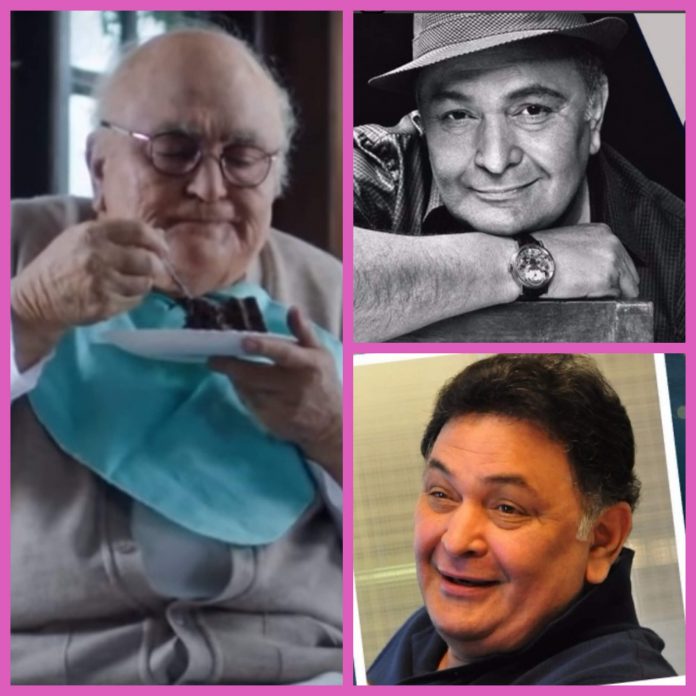 Revisiting Rishi Kapoor’s life and Bollywood career as he turns 65 – a man who has always been vocal even if it created controversies.

The charming heartthrob of Bollywood for movie-goers until the mid-90s, Rishi Kapoor has turned 65 today and continues to be quite the news-maker and active social media influencer with his frequent tweets and jibes. Rishi Kapoor was reportedly recently attacked by a NGO for women and children development for posting a tweet showing child nudity and vulgarity.

He has always been much vocal about civic and social issues facing the country, from godmen and their appearances, changing the names of the roads to go with Congress’ lineage to taking a dig at the Pakistan Cricket Board ahead of India-Pakistan cricket match on June 18, 2017 to even showing his wicked sense of humor in connection to Prime Minister Narendra Modi and his relations with foreign ministers to openly talking about why he does not agree with connecting beef eating habits to religion and admonishing young actors and some veteran B-town actors on the death of renowned veteran actor, Vinod Khanna.

Onions in a mesh bag! pic.twitter.com/YXCXPJV3iN

Make up,lipstick,eye shadow,jewellery et al. for discourses? Is that my friend Bappi Lahiri without his glasses? pic.twitter.com/jSaa8GML9F

Angry. Met so many chamcha people last night at Priyanka Chopra’s do last night. Few at Vinod’s. So fuckn transparent. So angry with them.

The evergreen actor who will now be seen in 102 Not Out alongside the megastar Amitabh Bachchan recently had spent some quality time with his family enjoying dinner at a restaurant, including wife Neetu Singh Kapoor, son Ranbir Kapoor, daughter, Riddhima Kapoor and granddaughter Samara Sahni.

In his lifetime, the original chocolate boy and favorite romantic hero of the 90s won himself several awards starting from National Film Award as a child artiste for Mera Naam Joker to Filmfare Critics Award for Best Actor for Do Dooni Chaar where he starred with his wife after 30 long years to Filmfare Award for Best Supporting Actor in Kapoor and Sons and not to forget the Filmfare Lifetime Achievement Award for his contributions to the Hindi film industry. He has acted and famously paired with all the leading heroines of his time, from Sridevi to Juhi Chawla to Dimple Kapadia, Tina Mulim and Madhuri Dixit and went on to earn accolades as an arduous villain, Rauf Lala in Agneepath. He has also created quite the buzz with his movies, Luck By Chance, Besharam, Housefull 2, Student of the Year, Chashme Baddoor, Aurangzeb, D Day and Shuddh Desi Romance.

The popular figure from the Kapoor clan who likes to call himself as the hyphen between a son of a famous father and a father of a famous son, Kapoor’s public image has further bolstered itself with his autobiography, Khullam Khulla in the beginning of 2017 where he made some startling confessions about his stint in Bollywood, his son’s debut movie, Saawariya, his not-so-friendly relation with Big B to having regretted the fact that he bought the Filmfare Best Actor Award for his much-acclaimed movie, Bobby. He even went on to speak unabashedly about his father Raj Kapoor’s relationships with Bollywood actresses, Nargis and Vyjantimala as well as his alleged affair with Dimple Kapadia.

His last movie saw him in an unbelievably convincing yet unidentifiable makeover as the grandfather of two estranged brothers in the film Kapoor and Sons, Siddharth Malhotra and Fawad Khan who belong to a dysfunctional family and where he acts as the reason for the brothers’ return to the family.

Meanwhile, only time will tell if Kapoor will measure his words lest he comes out as too strongly opinionated on social media or if he will he stay as vocal and continue to create controversies and set the internet abuzz as he gets a year older. Happy Birthday to the legendary actor!