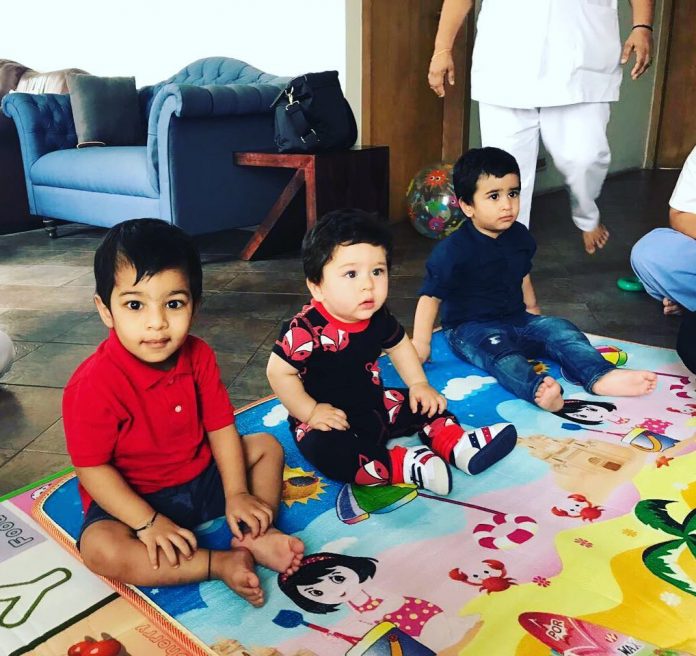 Tusshar Kapoor took to his Instagram account to share an adorable picture of Taimur and Laksshya  while they were playing together. The caption read, “Three’s company! #kidzoned #playdate #nurseyrhymes #thewheelsonthebus #johnyjohnyyespapa.” Taimur in the picture looked adorable in a black and red romper while Laksshya  was seen in a blue shirt and a pair of blue denims.

Taimur is often snapped with mom Kareena on casual outings in Mumbai as well as giving company to his mother on her shoot sets and travel schedule. The little one had recently accompanied mother Kareena to Delhi, where she started shooting for the upcoming film Veere Di Wedding.