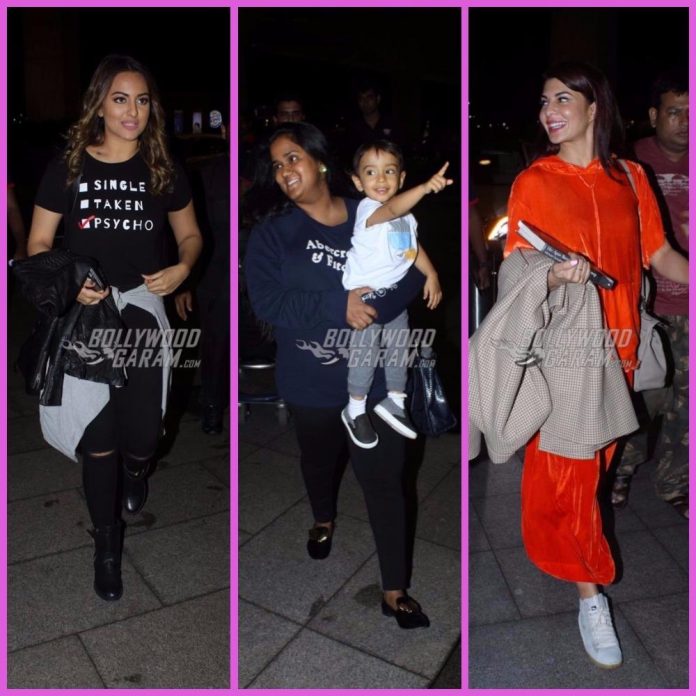 Salman Khan’s Da-bang tour has been in news for the past few months now and sister Arpita Khan along with some B-town celebs were spotted leaving for the show in London.

Salman was filming for his upcoming film Tiger Zinda Hai in Abu Dhabi for more than a month and has now left for London. The Sultan actor posted on Twitter, “Leaving #AbuDhabiafter a great schedule of 50 days for #TigerZindaHai, had a wonderful time.” Salman will be there in London for the show which is scheduled on September 17, 2017.

Leaving #AbuDhabi after a great schedule of 50 days for #TigerZindaHai, had a wonderful time .

Sonakshi was seen in a black attire for her travel schedule while Jacqueline was seen in a comfortable orange outfit. The one who caught everyone’s attention was Arpita Khan and her son Ahil, who enjoyed the attention from the paparazzi as he was caught in a playful mood.