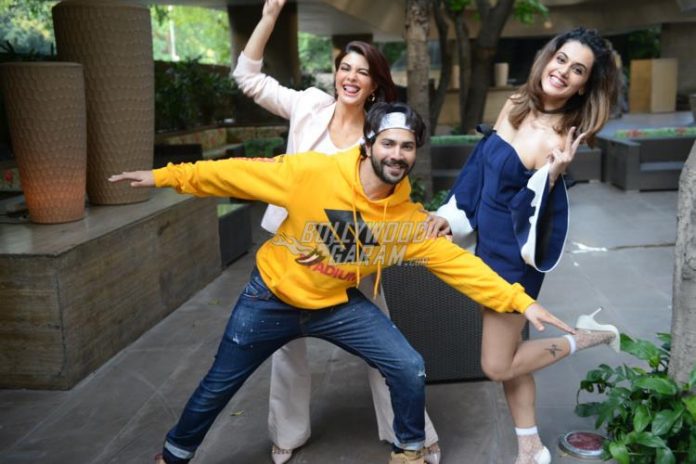 Judwaa 2 is expected to have a big opening, given it is a remake of the Salman-Khan starrer cult film, Judwaa and Varun Dhawan’s stardom

Judwaa 2 is one of the most-awaited films of 2017. The film stars young actors, Varun Dhawan, Taapsee Pannu and Jacqueline Fernandez in lead roles. Judwaa 2 started creating a stir since the trailer of the film was launched. The film is due to be released on September 29, 2017 but the advance bookings have already begun.

Going by the advance booking collections, it seems like the film is ready to make some big profits at the box office. The makers began the advance bookings from September 14, 2017 and have already marked some exceptional collections across different territories. The distributors and exhibitors are excited and happy with the initial response and the film is ready to be released during the festive season.

Kamal Gianchandani, the CEO of PVR pictures said that Varun is one of the most popular stars in Bollywood and also the youth icon. The CEO added that the advance bookings have indicated a huge demand of the film across various territories. It has also been predicted by the exhibitors that the David Dhawan helmed film will be a massive hit and its strong content will surely entertain the audience of all age groups.

Moreover, the comedy genre in recent times has guaranteed a revenue for the filmmakers and Judwaa 2 stands a good chance.