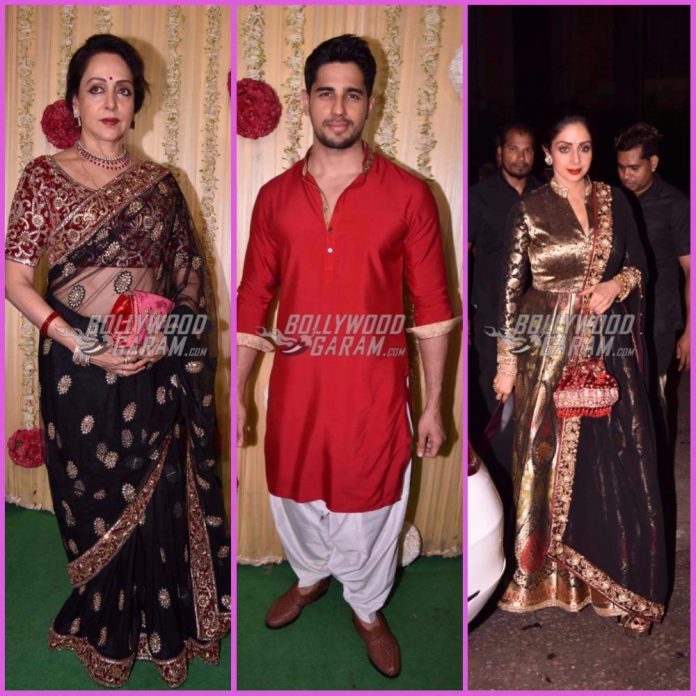 Diwali parties are common with Bollywood celebrities and with Diwali round the corner, B-town celebs dress their best and are spotted in a festive mood

Producer Ekta Kapoor hosted a grand Diwali bash which was attended by the who’s who of Bollywood as well as the television industry in Mumbai on October 17, 2017. Ekta played the perfect host as she was seen personally receiving guests at her residence.

The team of Veere Di Wedding recently wrapped the first schedule of the film in Delhi. The second schedule will be shot in Bangkok.