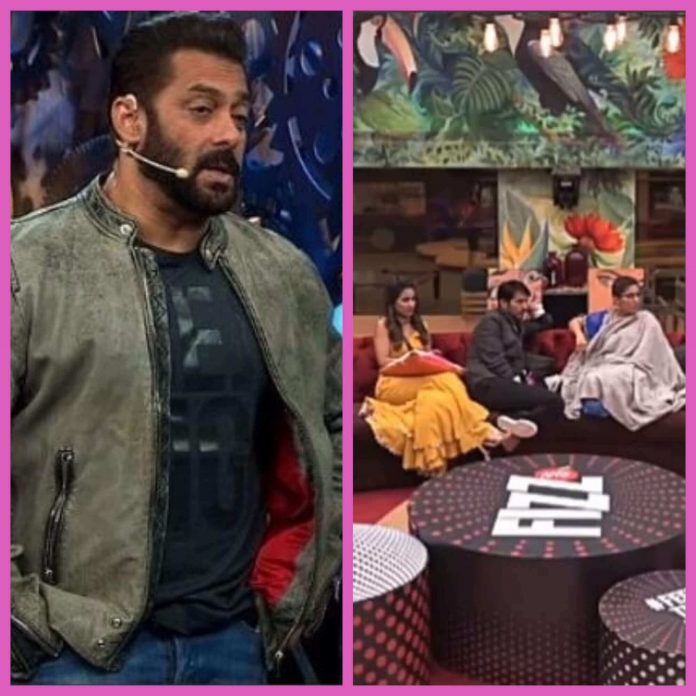 This was the week for some more drama, fights and revelation of secrets in the Bigg Boss house. The Weekend Ka Vaar episodes are the highlights of the show as the fear of eviction and tasks to safeguard oneself from nomination come to light here as contestants are punished for breaking rules of the house, and are adjudged basis their antics in the house for the entire week.

Saturday, November 4, 2017 started off on a rather rough note when host Salman Khan announced that more than one contestants can be facing eviction this weekend.

Vikas and Shilpa’s fights throughout the last week became a topic of contention for the two this weekend as the Dabangg actor rebuked them both on their actions like making personal attacks and breaking the house rules.

While Salman had asked for other contestants’ opinions as well on Vikas and Shilpa’s debates and fights, he made Shilpa apologise to Vikas for her hurtful words while the latter was made to admit that he had done wrong by running away from the premise.

When Puneesh Sharma was asked to choose five contestants who have always broken the rules in the house in the past 35 days as he had won the Cycle task, he took the names –Vikas, Hina, Arshi Khan, Benafsha Soonawalla and Bandgi Kalra. As punishment, Bandgi had to por a bucket full of mud and water on herself and Vikas had to brush his teeth with soya sauce.

Later, the waxing task saw boys scream out in pain in a game where contestants were paired up and had to reply to Salman’s questions in a ‘yes’ or ‘no’. Every ‘no’ meant the male contestant in the groups would be waxed. Akash Dadlani had blood coming out of his chest as a result of waxing. There were pairs where the female contetsnats were seen causing their male partners the pain of being waxed like Hina Khan and Vikas Gupta where Hina says ‘no’ to every questions and Vikas has to bear the pain.

While Sapna and Bandgi are announced as safe for eviction, the task is followed up with Akash and Vikas being put together in Akhaada, a game that Priyank Sharma wins and is declared safe from  this week’s evictions. What ensues after this is a revelation of dirty, dark secrets in the lives of these contestants. As ex-Bigg Boss contestant, Tanisha Mukherjee and Karanvir Bohra enter Bigg Boss house as guests, Salman announces that the contestants will share their secrets in a booth.

Hina Khan reveals that she ran away from her house once after having a fight with her parents, while Shilpa says that she never completed her graduation and lied to her father about it. Sabyasachi confessed about his wish to go about with a sex-change surgery, Akash said that he has cheated in a tournament while Sapna could not afford to be a sub-inspector because of lack of finances. Benafsha, meanwhile, says that she has been suffering from anxiety while Dhinchak Pooja claimed that she does not have much experiences because of her strict mother. Vikas grows emotional blaming himself for his parents’ separation.

Shilpa has been declared safe from nominations as her secret was emotional enough for Tanisha and Karanvir. Benafsha, Hina and Hiten Tejwani too were announced as safe while proclaiming Dhinchak as the evicted contestant.

She is bid farewell by the inmates of the house with her famous song, “Selfie Maine Le Li Aaj.”