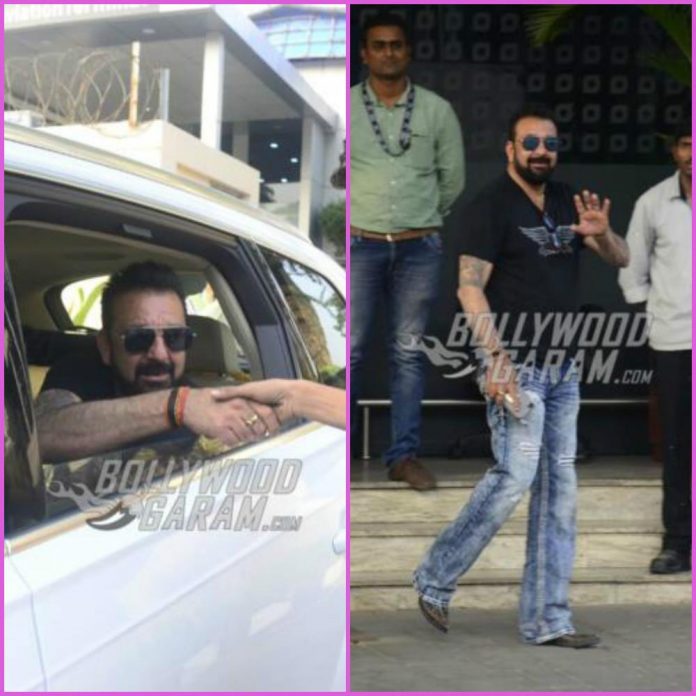 Sanjay Dutt, who recently made a comeback to Bollywood with the film Bhoomi, was snapped at the airport in Mumbai on November 13, 2017. The film also stared Aditi Rao Hydari and did a good business at the box office.

Sanjay is, at present, shooting for the upcoming film, Saheb, Biwi Aur Gangster 3 in which the actor will be seen playing the role of a gangster. The crew is currently shooting at Jodhpur in Rajasthan, India. Producer Rahul Mitra, while talking about the character of Sanjay in Saheb Biwi Aur Gangster 3 said, “He will look, talk and behave like a true royal. His costumes and appearance will be majestic. The world the films are set in will remain the same but Sanjay will be the central character this time. We are adding several new characters and some of them are big names.”

Sanjay Dutt’s life has also been narrated in an upcoming biopic which will see Ranbir Kapoor portraying the role of Dutt. The film is one of the most ambitious and much awaited films and also stars Sonam Kapoor, Manisha Koirala and Paresh Rawal.

Exclusive photos of Sanjay Dutt at the airport!