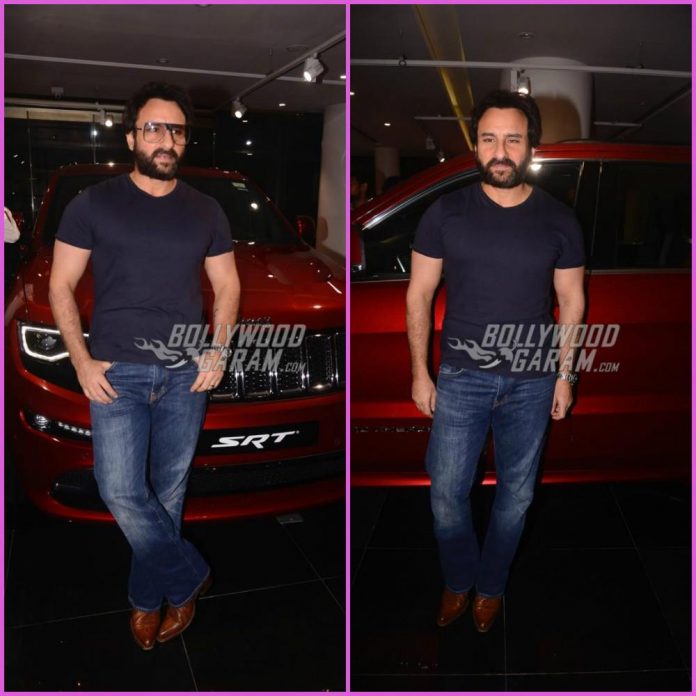 When Saif was asked by the media about the new car he said, “There is a baby-seat in the back of the car, so I think I will take Taimur out for a ride in it. Security is also very important and there is a baby-seat too. I think Taimur will love the color, nice cherry red car. I have thought that I will keep this car for him.” Seems like, Taimur has got his Children’s Day gift and a huge birthday gift as well.

Talking about Taimur’s birthday plans, Kareena’s sister Karisma in an interview with a leading daily said, “Yes, Taimur’s birthday is arriving and it is a special moment for us. The family is really very excited and thrilled about the same. We will have a family get together of sorts, and will not be having a big celebration.”

On the work front, Saif was last seen in the film Chef and is currently filming for the upcoming film, Kaalakaandi.