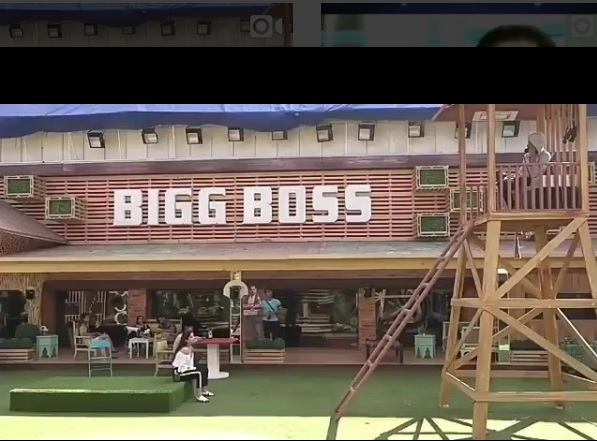 Bigg Boss season 11 has had several entertaining moments with controversies, arguments, fights and even flirting and love affairs. Presently, Benafsha Soonawalla and Priyank Sharma who has been a wild card entry are love birds on the show while Puneesh Sharma and Bandgi Kalra were in the spotlight until now. This weekend while couples, Benafsha and Priyank and Hiten Tejwani and Arshi Khan were being teased by inmates, host Salman Khan was busy cracking jokes at the expense of the housemates. He titled Shilpa Shinde as the Chapati Queen of the house for making innumerable number of chapatis, he also ridiculed Luv Sharma and Hina Khan on the secrets they shared last weekend.

When the Bajrangi Bhaijaan actor asked the inmates to name a villain, Shilpa takes Benafsha’s name, Hina opts for Puneesh while Akash too names Benafsha. Bandgi, meanwhile was busy blaming Priyank for trying to poke fun at her personal life.

Priyank defended himself by saying that he said what he said only as Bandgi’s boyfriend outside the Bigg Boss house has asked him to clarify the situation between Bandgi and Puneesh. Bandgi and Priyank have a heated argument where she says that Priyank always brings up the other person’s family during fights. Salman tries his best to calm them down on the show and asks Hiten to understand and tell him what’s happening. Meanwhile, Arshi blames Hina and Benafsha when asked where she gets the idea of provoking people for fights. Salman supports Arshi on this and thinks Hina is at fault too. The Bigg Boss house now has everyone at each other’s throat, especially when the host is not in the vicinity.

Salman who asked the inmates to not come to him with their problems with each other, also announced that since the luxury budget task failed this week, the prize money will be zero and rebukes Hina sarcastically for coming up with the idea of provoking other contestants. Hina apologises to Salman and admits that it was because of her and Vikas that they lost the task.

Later in the show, comedian, TV host and actor, Kapil Sharma visited the show to promote his upcoming film, Firangi. While in his character from the film, Kapil brought letters from the world outside the Bigg Boss house and the inmates are asked to guess which letter is for whom. Kapil, while reading the letter meant for Shilpa said that she has done something no one else has done. He also asked Vikas on the reason for joining the show and also gives another task to the inmates of kicking a mannequin in the house to vent their frustration at a member in the house. While Priyank hits Puneesh’s face cut out, Akash Dadlani chooses Priyank, Arshi picks Hina deeming her to be the most negative person in the house. Akash got a chance to sing a rap song on Kapil promoting the actor’s upcoming film. Kapil in his true comedian style tickes the funny bones of the audience and the inmates with his faulty Hindi to English translations.

Mehjabi Siddiqui and Sabyasachi Satapathy were evicted this weekend and this week has already started seeing the members making sacrifices in the name of friendship. With intense emotions, more drama and Vidya Balan’s entry for Tumhari Sulu’s promotions, this week is going to be an interesting one.