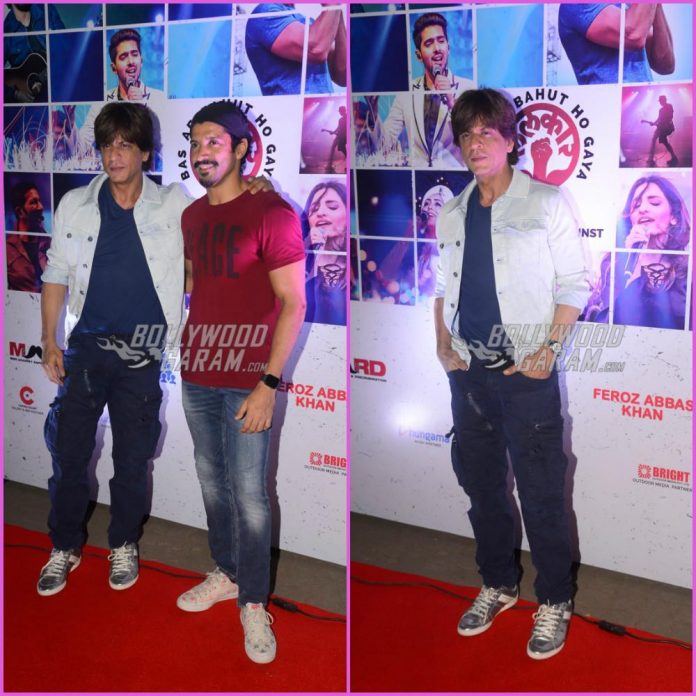 Actor and producer, Farhan Akhtar performed at the Lalkaar concert held in Mumbai on November 21, 2017. The concert was organized by the Population Foundation of India, Farhan Akhtar’s Men Against Rape and Discrimination and Feroz Abbas to spread awareness and end violence against women.The event also saw Shah Rukh Khan, who showed support for the cause.

The Dilwale actor also performed and entertained the audience and had a great time at the event. On the work front, Shah Rukh is working on the upcoming film by Anand L Rai and was last seen in the film, Jab Harry Met Sejal which performed well at the box office. Farhan’s upcoming production, Fukrey Returns is ready to be released in theatres on December 8, 2017.

Exclusive photos of Shah Rukh and Farhan Akhtar at the Lalkaar concert!