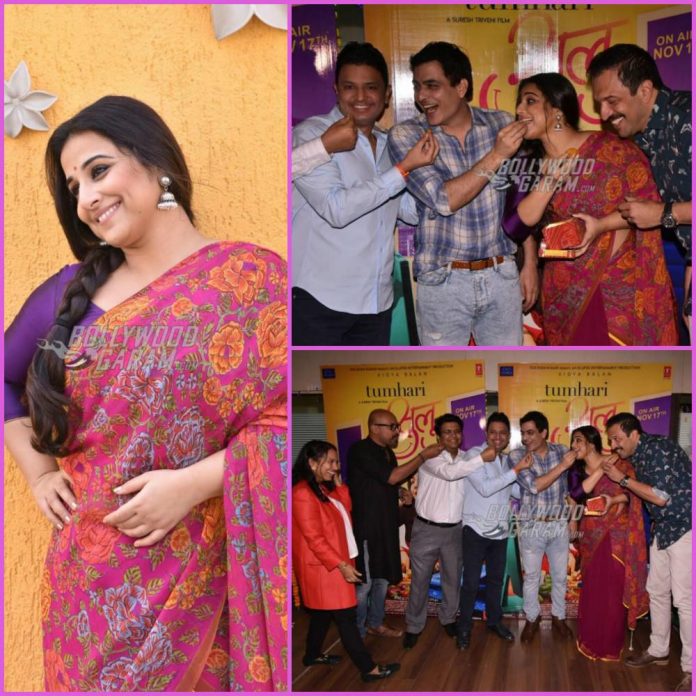 Vidya Balan-starrer Tumhari Sulu released in theatres on November 17, 2017. The film has managed to impress the audience and critics and is having a successful run at the box office.

Team Tumhari Sulu came together to celebrate the success of the film and were seen sharing sweets. Vidya Balan, Manav Kaul, director Suresh Triveni, producers Bhushan Kumar and Atul Kasbekar were snapped at the success bash and posed for the paparazzi.

Vidya in the film is seen playing the role of a middle-class housewife, who takes a plunge in the world of radio jockeying as she gets a job. The story has narrated how she deals with work and family together and goes through a lot of hurdles. The film also stars Neha Dhupia and RJ Malishka. The trailer of the film had managed to grab a lot of attention from the audience and helped the film to keep the cash register busy at the box office.