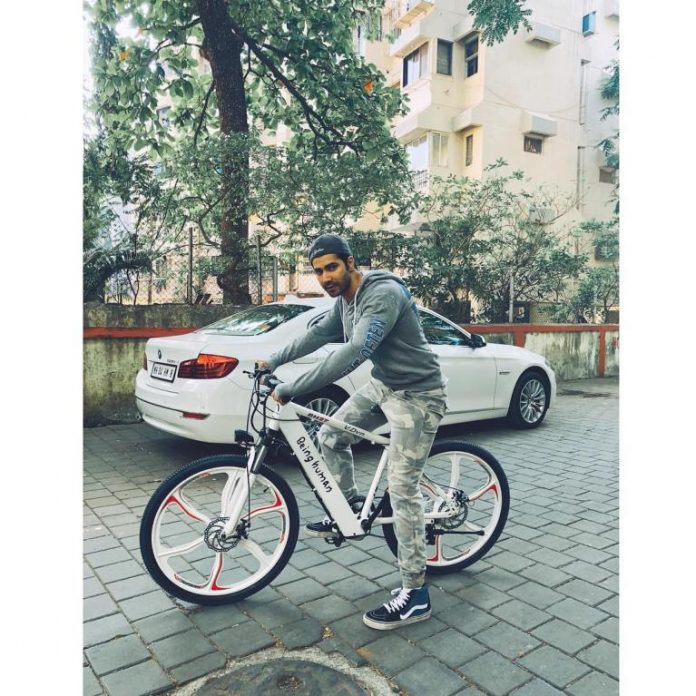 Varun Dhawan recently received an e-challan from the Mumbai traffic police for taking a selfie in mid-traffic. The actor has now opted for an eco-friendly way of commuting and was snapped flaunting his new Being Human cycle. The Badrinath Ki Dulhania actor posted a picture with his new bike on his Twitter account.

Varun tweeted, “My new ride. Best way to commute in Mumbai. Keeps you healthy.” The Mumbai traffic police with recent e-challan for Varun proved that they do not spare anyone when it comes to following traffic rules. Varun apologized for his acts and explained that he did not want to hurt the sentiments of his fan but assured that he would not encourage such acts in future.

The Mumbai Police’s Twitter handle had Tweeted, “@Varun_dvn These adventures surely work on D silver screen but certainly not on the roads of Mumbai! U have risked ur life, ur admirer’s & few others. V expect better from a responsible Mumbaikar & youth icon like U! An E-Challan is on d way 2 ur home. Next time, V will B harsher.”

Varun is, at present, shooting for his upcoming thriller flick, October with filmmaker Shoojit Sircar opposite debutant Banita Sandhu. The upcoming film by Sircar is a thrilling love story ready to be released on April 13, 2018.