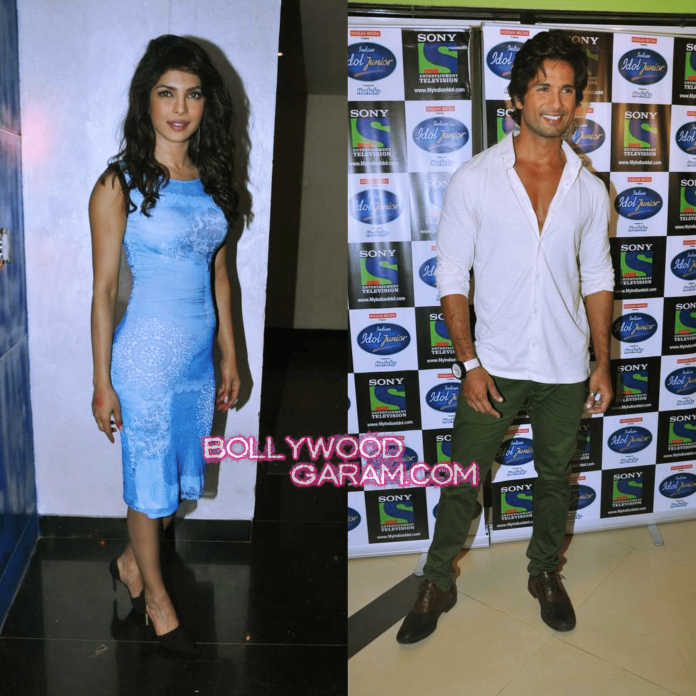 BollywoodGaram.com: Former Bollywood couple Shahid Kapoor and Priyanka Chopra were recently spotted at the grand finale of the Indian Idol Junior on September 1, 2013. The two stars arrived separately on the set of the reality show to promote their respective movies, ‘Phata Poster Nikla Hero’ and ‘Zanjeer’.

Priyanka was spotted wearing a blue Arpan Vohra dress and black pumps, with wavy hair and glossy lips, while Shahid dressed in casual wear. Chopra is getting slimmer by the day as she is preparing for her upcoming biopic, which is based on the life of boxer Mary Kom.

The “Fashion” actress arrived with her co-star Ram Charan Teja, who will be making his Bollywood debut in the upcoming flick.