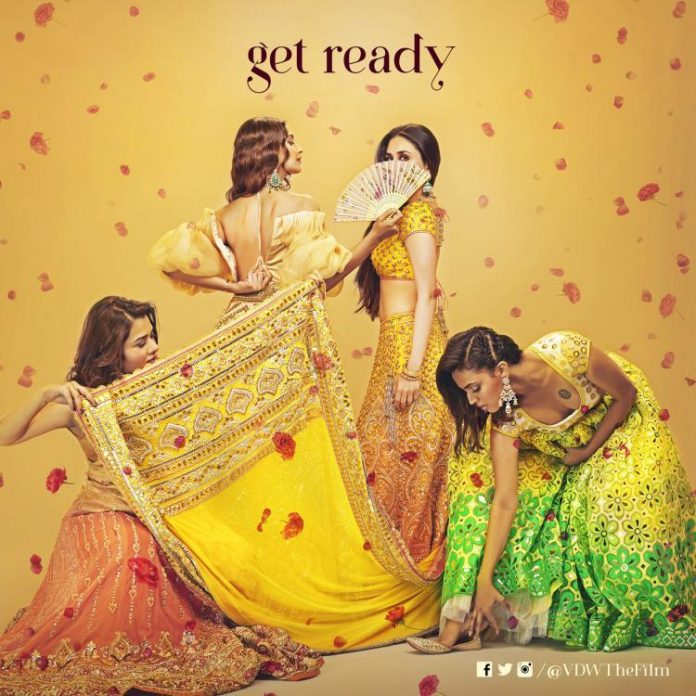 Sonam in the poster can be seen hiding Kareena’s face with a Chinese fan. While the film will mark Kareena’s return in Bollywood, the actress says she cannot call it as a come-back and said, “I’m hesitant to call Veere Di Wedding a comeback film because I never really went away. I’m fortunate enough to still get plenty of great scripts to read, but when Rhea (Kapoor) came to me with this film, I was excited at the prospect of working on a film that is produced by women and stars four strong women.”

The film is directed by Shashanka Ghosh and jointly produced by Rhea Kapoor, Ekta Kapoor, Shobha Kapoor and Nikhil Dwivedi under the banner of Balaji Motion Pictures. The first poster managed to garner enough attention from the audience and the new poster has increased the curiosity. Veere Di Wedding was shot in Delhi, Mumbai and Phuket. The film is ready to be released on May 18, 2018.