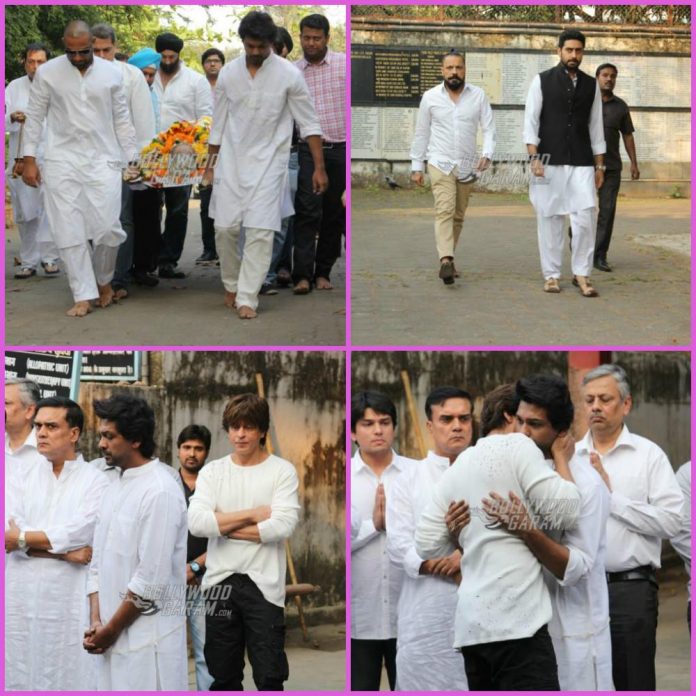 Actor turned producer Nikhil Dwivedi, lost his father. Celebrities from Bollywood, Shah Rukh Khan, Abhishek Bachchan and others were snapped attending the funeral of Nikhil’s father on December 2, 2018. Shah Rukh and Abhishek were snapped consoling Nikhil at the funeral.

After working in some of the films in Bollywood, the actor has now forayed in to production. Nikhil has joined hands with Rhea Kapoor for the production of Veere Di Wedding, which is one of the most awaited films of 2018. The film stars Kareena kapoor, Sonam Kapoor and Swara Bhaskar and is directed by Shashanka Ghosh.

Nikhil in an earlier interview said, “It was an amazing experience collaborating with Sonam, Kareena, Ekta, Rhea and the entire team. Veere has turned out to be a fantastic project and I can’t wait for everyone to watch it”. The actor made his debut in Bollywood with the film My Name Is Anthony Gonsalves, for which he earned a nomination for Best Male Debut at Filmare Awards.