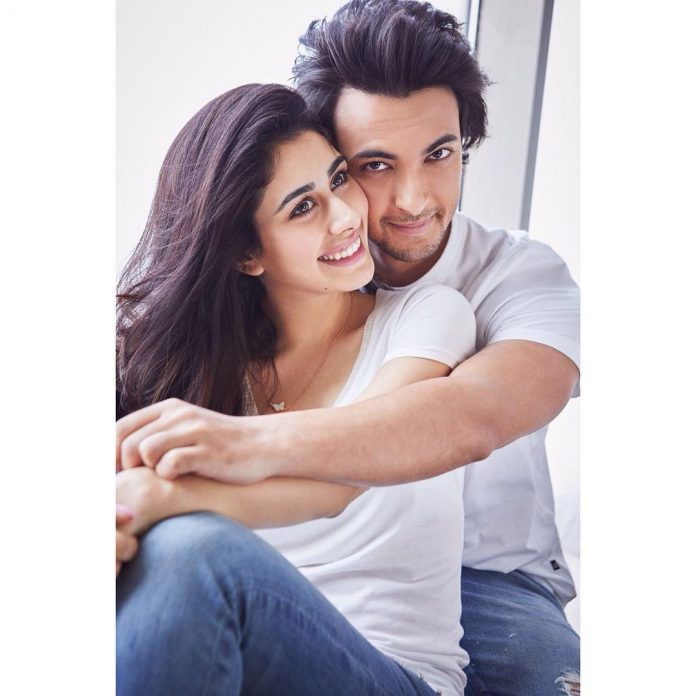 Salman Khan recently announced the female lead of the upcoming film Loveratri which will mark the debut of his brother-in-law Aayush Sharma. The film will feature another debutant Warina Hussain. The makers have now unveiled the first look of the film.

A new picture was shared a still from the film on his Instagram account and wrote, ‘’Fun.. Drama.. And loads of laughter! That’s what #loveratri is all about ‬@warinahussain @skfilmsofficial.’’ The first look of the has shown the on-screen pair sharing a great chemistry in white t-shirt and denims. Warina in the picture can be seen in flaunting a big smile while Aayush is seen holding her in his arms.

Actress Warina is half Iraqi and half Afghani and is the only child to her parents. The young actress rose to fame from the Cadbury Dairy Milk Silk commercial and started her modeling career in 2013. Warina will be making her Bollywood debut with Salman’s brother-in-law Aayush. Aayush is Salman’s sister Arpita Khan’s husband. Arpita and Aayush are parents to a son Ahil.