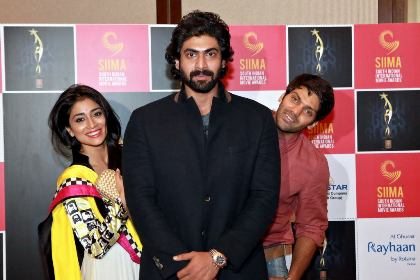 The South Indian International Movie Awards (SIIMA) 2013 is all set to take place on September 12, 2013 and September 13, 2013 in U.A.E. As the award show is approaching, popular actor Rana Daggubati co-hosted a pre-party in Hyderabad.

The pre-bash was attended by celebrities from the South Indian film fraternity. The celebrities included Shriya Saran, Trisha, Ragini Dwivedi, Parul Yadav, Parvathy Omannakuttan and many more. The SIIMA awards recognize artists and technical achievements of the South Indian film industry. The award show was instituted in 2012 by Vishnuvardan Induri, who was also the founder of the celebrity Cricket League. The local partner for the 2013 event is Anjan Star Events in UAE.