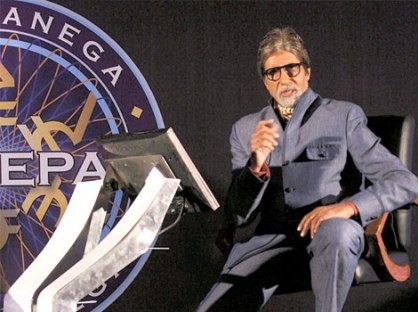 The upcoming, season 7 of the game show ‘Kaun Banega Crorepati’ is all set to start the show’s premiere will have Amitabh Bachchan dancing and singing with contestants. The season premiere will feature Sonu Nigam, who will be singing his popular tunes like ‘Intehaan Hogayi Intezaar….’, ‘Dilber Mere’ and ‘Yeh Dosti’.

Bachchan – the host of the show – will be singing along with Sonu, as well as dancing with contestants. The premiere of the show will also have other performances from artists who will be forming a human pyramid. This will be the seventh season of the show, which will have a major bumper prize of Rs. 7 crore.