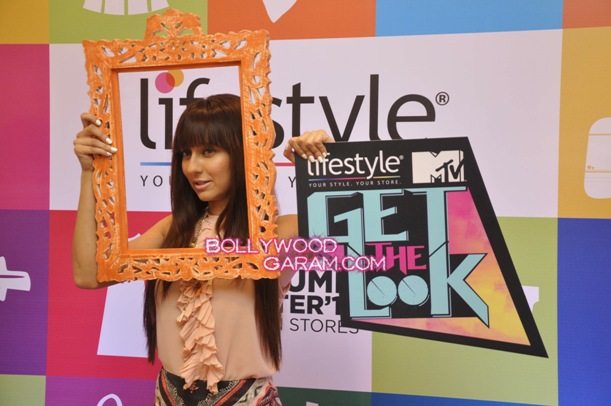 The third season of the popular makeover show ‘Get The Look’ is all set to be launched on MTV. The new season was announced by Lifestyle, along with MTV, and it will be hosted by anchor Anusha Dandekar. The show provides viewers with a style guide and addresses the hottest trends of the season when it comes to make-up and fashion.

The launch event was hosted at Lifestyle store in Phoenix Mill at Lower Parel in Mumbai and was a fun-filled affair. Stylists and bloggers were given the opportunity to put together their favorite looks for this season, as they picked out items from the latest collection of Lifestyle. The looks were then further improvised by experts with some stylish accessories, trendy shoes and handbags, which were added to complete the looks.

The key trends of the season were displayed in a stylized manner, with an instant photo corner, make-up and styling kiosk. VJ Anusha later joined in and was seen interacting with guests.

Moreover, Lifestyle will also be conducting a nationwide hunt with winners who will be able to get a transformational makeover by experts and millions across the globe will be watching it. Aspirants on the show can apply at Lifestyle’s Facebook page.