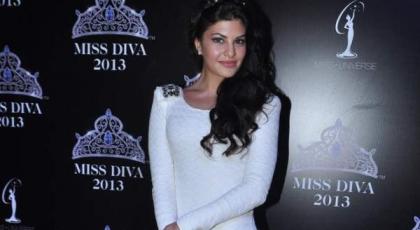 The Bollywood beauties – Malaika Arora, Raveena Tandon and Jacqueline Fernandez launched the 2013 Miss Diva beauty pageant at Weston Hotel in Mumbai on September 5, 2013. Malaika, Raveena, Jacqueline and Kunal Kapoor were the high-profile judges at the event.

The judges were seen wearing their best outfits and stole the show with their charm and beauty. Malaika was seen in a shimmering baby pink dress with a clutch, while Raveena was seen wearing a heavy golden sari with a matching clutch. Jacqueline arrived at the event in a white long dress, while Kunal was seen dressed in a blue suit. The winners of Miss Diva 2013 – Manasi Moghe, Gurleen Grewal and Srishti Rana – were crowned by Raveena, Zeenat Aman and Miss Universe Canada Sahar Biniaz.