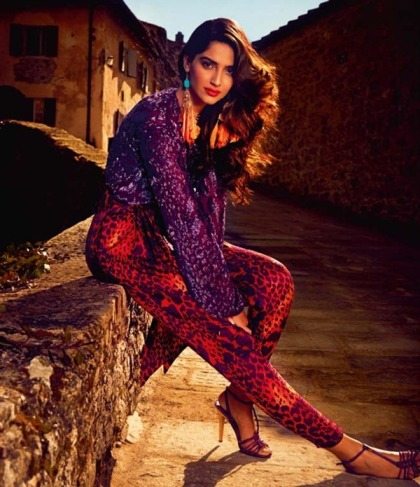 BollywoodGaram.com: Bollywood actress Sonam Kapoor is gracing the cover of the September 2013 issue of the popular fashion magazine Harper’s Bazaar. On the magazine’s cover, the ‘Mausam’ actress is seen with a dark and glamorous make-up and strikes a proud pose, as a successful actress with two back-to-back hits in 2013.

On the cover, Kapoor is dressed in a Louis Vuitton dress with an Ungaro jacket and has a sleek hairdo and smoky eyes that finish off her look.

In 2013, the daughter of Anil Kapoor was featured in the movie ‘Raanjhana’ – opposite south actor Dhanush – which has proved to be a success among the audience.