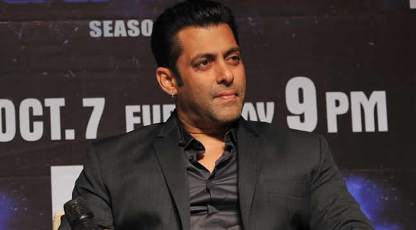 Bollywood superstar Salman Khan is all set to host the upcoming season of the popular reality show ‘Bigg Boss’. While the star is gearing up for the new season, he says that Shahrukh Khan is more than welcome to come on the show and promote his movies.

During the launch of the show, Salman said, “Of course, he can come. If he is promoting his next film, he is more than welcome”.

The two actors have not been on good terms lately due to certain differences in the past. However, the two superstars were seen patching things up during an Iftaar bash, where Salman was seen hugging Shahrukh Khan. Salman said that it was good to share a hug and a handshake, as it was Ramadan time and this gesture should be done by everyone.