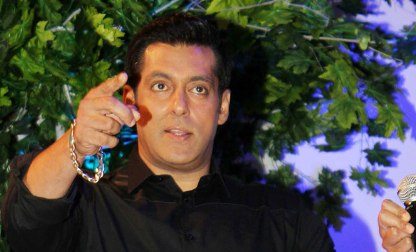 Bollywood superstar Salman Khan is all set to host the popular reality show ‘Bigg Boss’ for the fourth time. This will be the seventh season of the show and the ‘Dabangg’ actor said that he is never going to leave the show, unless the channel itself tells him to do so.

The seventh season of ‘Bigg Boss’ will premiere on September 15, 2013 on Colors channel.

The 47-year-old star during a press conference on September 11, 2013 said, “I am very excited about season seven. I have enjoyed all the seasons so far. It feels like only Colors TV will throw me out now, I will not leave it and will keep on doing it”. On this season of ‘Bigg Boss’, the theme revolves around heaven and hell.