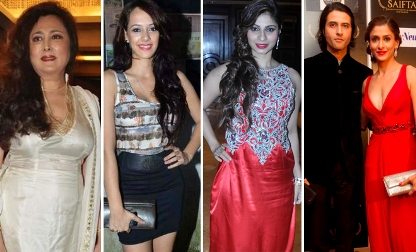 The much-awaited seventh season of the Salman Khan-hosted reality show ‘Bigg Boss’ has finally hit the television on September 15, 2013, on Colors channel. The show introduced 15 contestants who will be locked in the controversial house for the next three months.

Some of the season 7 contestants include late actor Rajesh Khanna’s partner Anita Advani, actress Kajol’s sister Tannisha Mukherji and wrestler Sangram Singh. This is the fourth time that the ‘Dabangg’ star Salman Khan has returned to host the show, which will be even more interesting this time, given that the theme is heaven and hell.

Half of the contestants will be living in the luxurious ‘Heaven’ part of the house, while the rest have to be at the underprivileged ‘Hell’ side. Bollywood star Akshay Kumar was seen promoting his upcoming movie ‘Boss’ on the show. The show is known for its several controversies and has always been criticized by some sections of the society, alleging that the content is not suitable for TV audience.