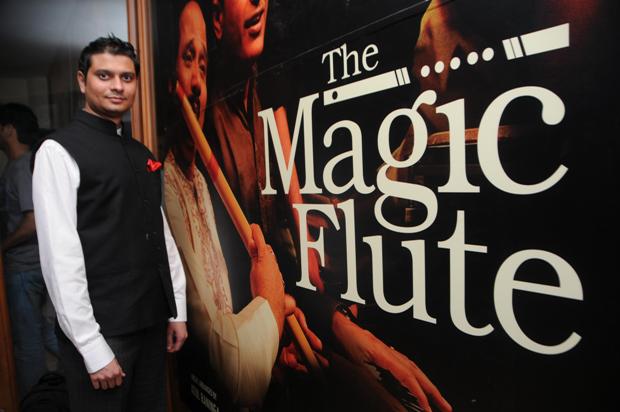 The launch event featured the soulful composition by the trio live, as well as an exotic fashion show and a very unique ballet- Bharatnatayam by Gaysil Naubert. The event was attended by many celebrities, including Roop Kumar Rathod, Amy Billimoria, Sandeepa Dhar, Simple Kaul, Alex, Prashant Rai, Deepak Pandit and Mohsin Khan.

The ramp show featured models like Natasha Suri, Ushoshi Sengupta, Sonia Birje and Aakshi Khari. Ronu, while talking about the album said that it will mark many firsts and that the experience of the creation itself has been magical. Kasyap, while talking about the composition said that it showcases various melodies rendered on flute, but also has hip hop, orchestral, lounge, spiritual, as well as modern pop, rock and jazz musical arrangements, at the same time keeping the essence of Indian folk and classical music.

Atul, while talking about the album said that there is a track where the flute is played with peppy tune with a complete orchestral setup, which has taken the album beyond imagination in terms of arrangements.