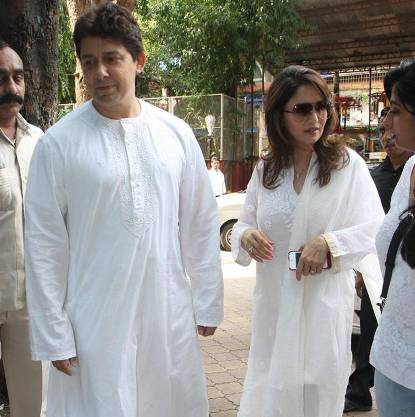 Bollywood actress Madhuri Dixit’s father Shankar Dixit passed away in his sleep last week at the age of 91. A prayer meeting in his memory was organized by the Dixit family and was held on September 16, 2013, at Iskcon Temple in Juhu area, Mumbai.

Madhuri on the social networking site tweeted, ” Thank u for standing by me and giving support. Our family is coming to terms with the loss. His memory lives on in our hearts (sic)”. The ‘Dhak Dhak’ actress was shooting the reality show ‘Jhalak Dikhhla Jaa’ when she received the tragic news and immediately rushed to be with her family at home.