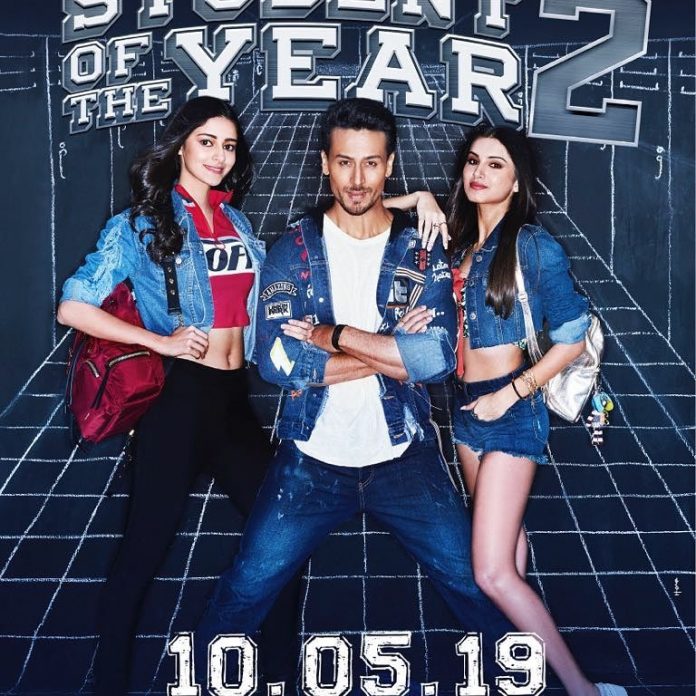 Student of the Year 2 is another most awaited films from Dharma Productions. Producer Karan Johar took his Twitter account to announce the new release date of Student Of The Year 2. The Tiger Shroff, Ananya Pandey and Tara Sutaria starrer flick will be releasing in 2019. The film was earlier scheduled to be released on November 23, 2018.

Karan Johar took his Twitter account and wrote, “There is a NEW DATE for #SOTY2!!!! The admissions are now in summer 2019!!! Watch this space! @punitdmalhotra @iTIGERSHROFF @DharmaMovies @apoorvamehta18 @foxstarhindi”

Student of The Year 2 will be releasing on May 10, 2019. The film is being shot at the picturesque locations of Dehradun, Rishikesh, Mussoorie, Mumbai and Pune. Co-stars Ananya and Tara have become good friends while they shoot for the film together and their friendship is evident through their Instagram posts. Tiger Shroff was accompanied by girlfriend Disha Patani during the shoot.

Apart from Student of the Year 2, Tiger Shroff will also be seen sharing the screen space with Hrithik Roshan in the upcoming directorial by Siddharth Anand. On the other hand Tara will be paired with Shahid Kapoor in the upcoming Arjun Reddy Hindi remake. Tiger was last seen in the film Baaghi 2 which also starred Disha Patani.