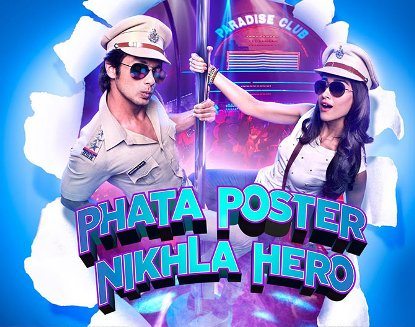 After a long break, Bollywood actor Shahid Kapoor made a comeback with a new entertainer directed by Raj Kumar Santoshi. The makers of the movie tried their best to make Kapoor resemble the likes of the ‘Dabangg’ star Salman Khan, as well as Akshay Kumar.

The movie follows a story of Vishwas Rao – played by Shahid – who aspires to become an actor and comes from a small town, however, Rao is mistaken for a brave and a fearless cop in Mumbai. The mistaken identity then creates confusion and plenty of funny moments. The only bad part is that the movie can make the audience laugh only up to a certain point, after which is takes on a slow pace.

Kolhapure plays the role of Rao’s mother, while Ileana plays the role of a social worker and looks pretty in a few songs, however she does not have much to do in the flick. The dialogues are smartly written and the dance numbers are undoubtedly good – all thanks to Shahid’s dancing skills – but Nargis Fakhri’s item song goes unnoticed in the movie.

For all Salman Khan fans, the ‘Dabangg’ actor makes a cameo appearance while he pokes fun at himself and Aamir Khan, who was also his colleague from ‘Andaz Apna Apna’, which was directed by Santoshi. Overall, a good entertainer for the weekend.