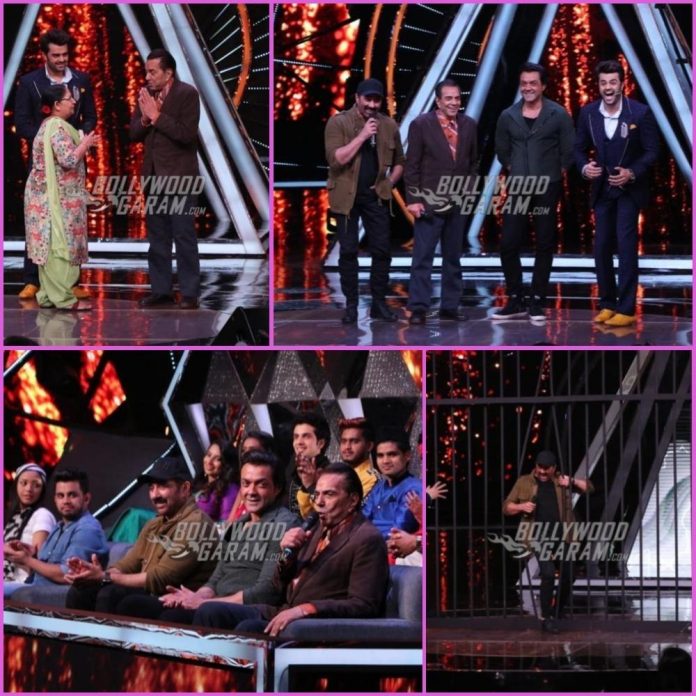 Veteran star Dharmendra along with his sons Sunny Deol and Bobby Deol promoted their upcoming film Yamla Pagla Deewana Phir Se on the sets of the singing reality show Indian Idol on August 21, 2018. The Deol family looked great together and shared a great rapport with each other on the sets.

The title of the film has inspirations from the popular song Main Jat Yamla Pagla Deewana from the film Pratigya which starred Dharmendra and was released in 1975. The film is the third in the series of the Yamla Pagla Deewana franchise and also stars Shatrughan Sinha, Kriti Kharbanda, Binnu Dhillon, Johnny Lever, Asrani and Satish Kaushik. The multi starrer flick will be released in theatres on August 31, 2018.